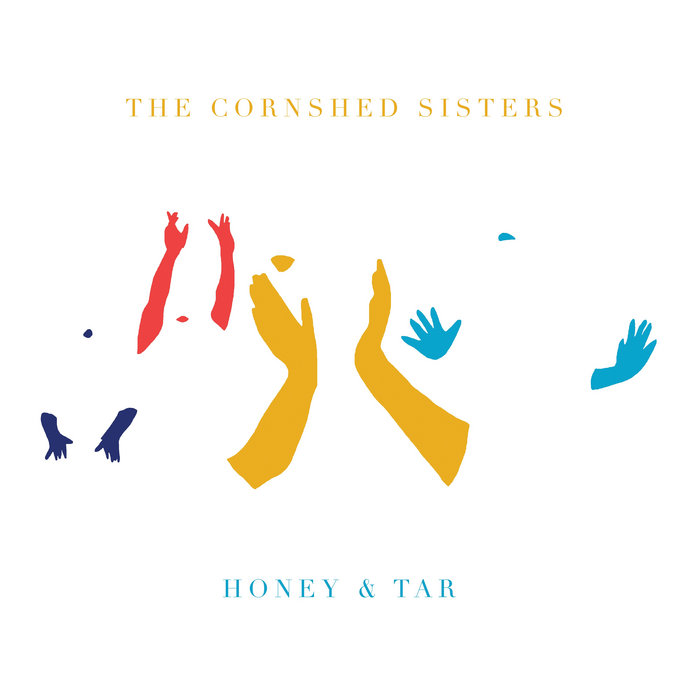 Honey & Tar, the Cornshed Sisters’ second album is set for release on Memphis Industries on November 3rd 2017. It was recorded and produced by Peter Brewis at Field Music’s Studio on the banks of the River Wear. The first single, The Message, premiered on Stereogum and has already garnered support from Elton John and Marc Riley.

The Cornshed Sisters are Jennie Brewis, Cath Stephens, Liz Corney (moonlighting from the Field Music band) and Marie Nixon (erstwhile of 90s upstarts Kenickie); four singer-songwriters based in Tyne and Wear, who weave together pop, folk, ballad and protest music into a unique and distinctive style. Each of the band members have contributed their song writing talents to the album, and first single, The Message, is by Liz. She says of the song:

“You know when someone is going to dump you and you don't want to be the one to have to start the conversation because it's not you who wants to break up, but they do so they should be the one to say it, right? This song's about that.”

The Cornshed Sisters have been away for a while (their last album, Tell Tales, was released back in 2012), but we can probably let them off as they’ve been using the time well, becoming mothers, bringing millions of pounds of funding into major Sunderland arts projects, recording and touring with Field Music, and somehow making time to write songs and record this album together.

Drawing on a palette of solo and harmony vocals and a blend of acoustic and electronic instruments, they convey their stories with sensitivity and humour. Their subject matter is love, motherhood, fake happiness, friendship, family, feminism and the increasing complexities of life as you get older but no wiser. The band are proud to write about their experiences as women and their song writing always has a stark realism to it - as Marie puts it when discussing the track, We Have Said This Is Impossible:

“A celebration of the cosy mundanities of true love, set against the florid declarations of performed romantic love we've all seen so often in insta-weddings. True love is buggering off together in a Ford Focus.”

Since the release of their debut album, the Cornshed Sisters toured the UK with The Futureheads, performed live with Elbow, played sessions for BBC 6 Music and Radio 4’s Loose Ends, and played Glastonbury Festival in Summer 2016.

Bandcamp Daily  your guide to the world of Bandcamp

Interviews With Butcher Brown and Slauson Malone, plus LP of the week by SAULT.